A downloadable game for Windows and Android

Teabat! is a stylish retro 2D adventure with fast, tight controls, and a large interconnected map full of secrets and beautifully constructed set-pieces!

OH MY GOD IT'S FINALLY HERE

wait is it still the same length as the demo from like 6 months ago? either way i still think about this game a lot and i'm so glad it's on itch now

The game is so great! Enjoyed a lot it in many aspects, gameplay is fun, music and animations are tasty(wow so many palettes). Small touches like messages when you hit bosses, win screen with "you did it" are just wonderful!

My other thoughts - only major drawback for me personally was acceleration - so character has impressive inertion which makes Teabat blast through everything so fast you barely notice what's going around(and it gave me a little of dizziness as well). And even despite that I rushed through levels due to it (kind of cuts away desire to explore all those hidden locations tbh), it took me somewhere around 30 minutes and my score was E(maybe not enough of teacups/pots collected??)

Are stats on the left number of teapots or achievements(if so what does it mean?), as you can see same on the right? Also I didn't find any use for echolocation (C key), is there any? It seems like it can't hurt enemies at all. Button layout generally is a bit unclear, guess I even missed explanations if there were any(aside "Press A" which is Z key apparently for some reason) Steam Knight boss design is somewhat confusing (guess I get it? You gotta have the level inside of it?) but placement of boss parts is complicated. Didn't understand how tree/tower areas work since there's no way to get further than entrance room it seemed.

But generally this game is very nice, notable usage of many realtime animation visual effects/platformer mechanics, sounds pop and collecting cups is amusing, thanks for instant revives and saving stuff with you when it occurs! Good luck on continuing this demo to full lenght!!!

There is a glitch or idk if it was intended where you can get unlimited lives and teacups by going back and forth on scenes , this resets everything allowing you to get unlimited items , this also resets ghosts .This game was extremely fun and i didn't know what I was in for until i played it, the music was perfect and well fitting , My friend had told me there was a boss in the first area but im not sure because i missed it , other than that the atmosphere was really good

No worries, that's entirely intentional to make exploration less monotonous, it takes about the same amount of time to farm for teacups as it is to just get them through progression, so it doesn't offer much of an advantage, especially since teacups are mainly just used for cosmetics. Also there's no boss in Camomile Forest, just the following 2 areas.

And thank you!! I'm really glad you enjoyed it!!

Great game. I played more than I anticipated. I love how the game screen is layed out. It's like playing an old electronic game. I'm always a bit sceptical about gamepads on touch screens though. It lacks the physical feedback. Maybe I should buy extra hardware? I miss the physical buttons and joystick.

I'm glad to hear that, that's exactly the vibe I was looking for with the layout.

Also I'm with ya on that, it's unfortunately hard to find convenient physical input options for mobile.

Is the android version supposed to be only black and white?

The game starts out in 4-shade grayscale, you can unlock color and custom palettes through the shop in-game. 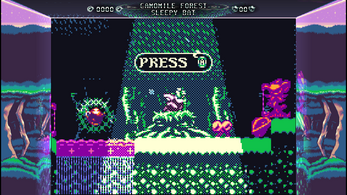 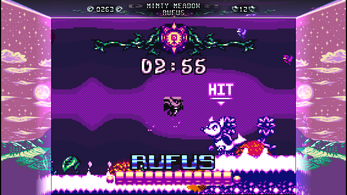 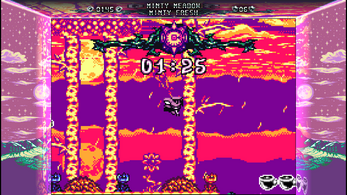 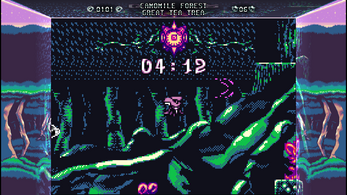 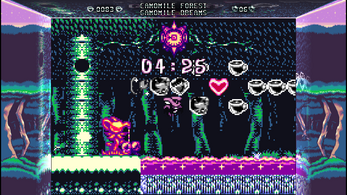